None of this get your kid to dive into a cake thing was around when I was shooting in a busy Melbourne studio 7 years ago. But if it was, boy would it have been a blast! And by a blast I mean a nightmare. Could you imagine how much icing and cake crumbs we would have had to clean up at the end of the day! 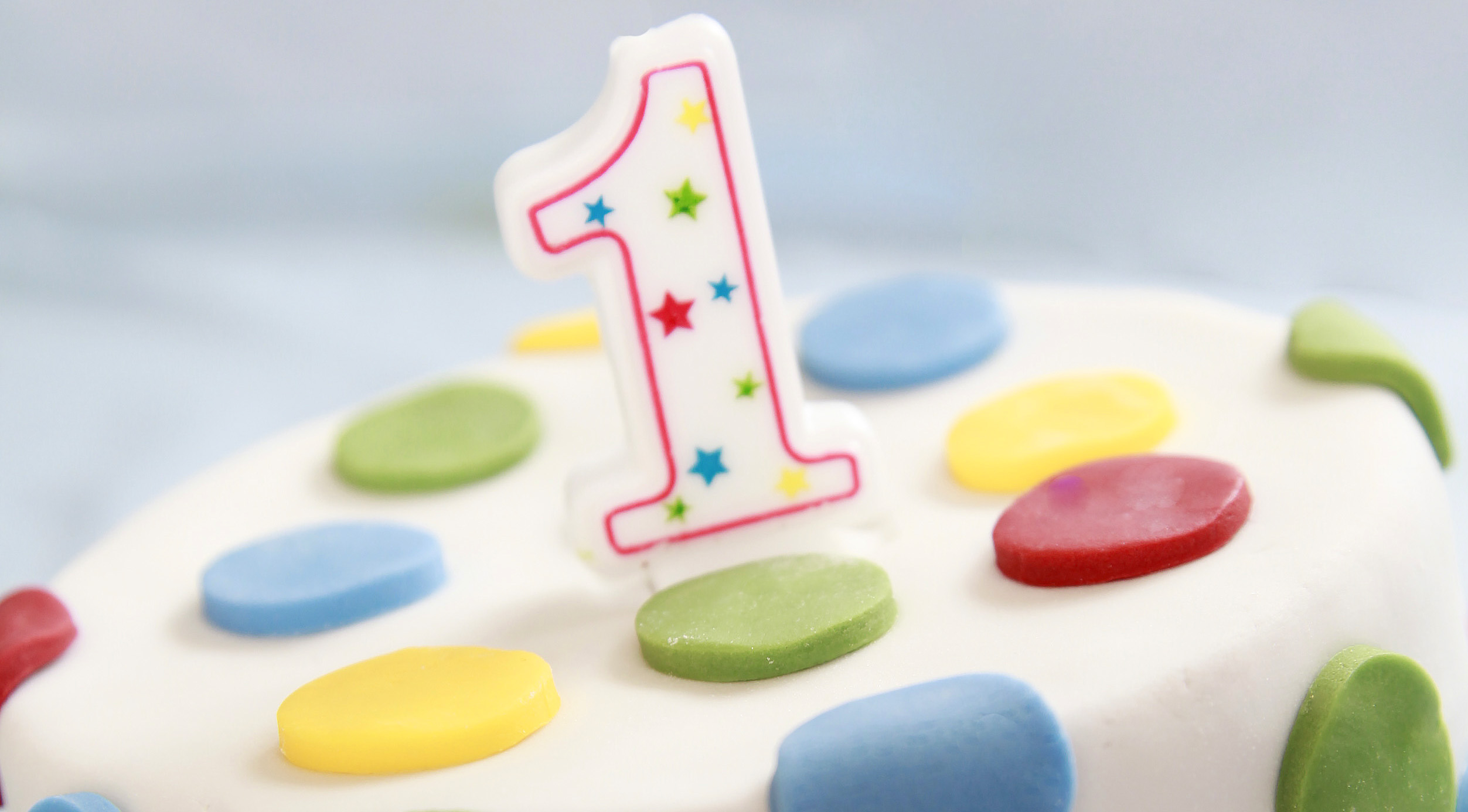 Cake smashes are so much fun. Not many babies have had a sugar hit like this in their lifetime so far. Sometimes they just poke a finger in the icing and that’s enough for them. You could patch it back up and take the cake for morning tea at Aunty Susan’s house this afternoon. Other times, they lick that finger, their little eyes light up and they want more. Mum is quickly pulling them away from the cake before it is to late. The afternoon sleepy time is just a distant dream. 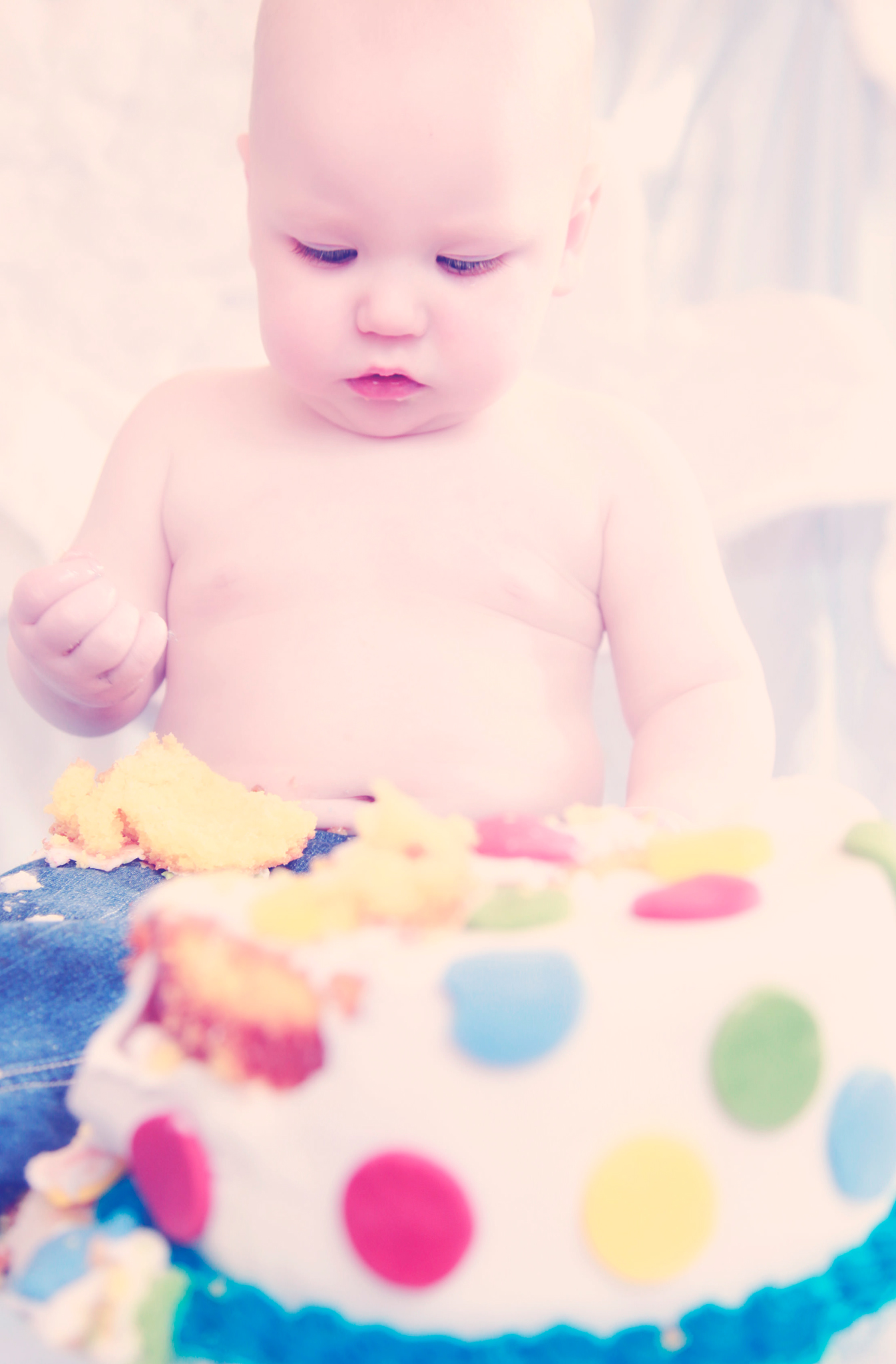 This cake smash didn’t exactly go to plan. This poor little man wasn’t feeling the best, and all he wanted was mummy cuddles. He didn’t care about sugar, although he did sample some of the finery…or should I say refinery. But that’s ok. As you can see, I still managed to capture some beautiful shots which this family can look back on and see how much their little fella has grown, his hair has grown and his face has grown and matured in years to come. Happy 1st Birthday Corey! 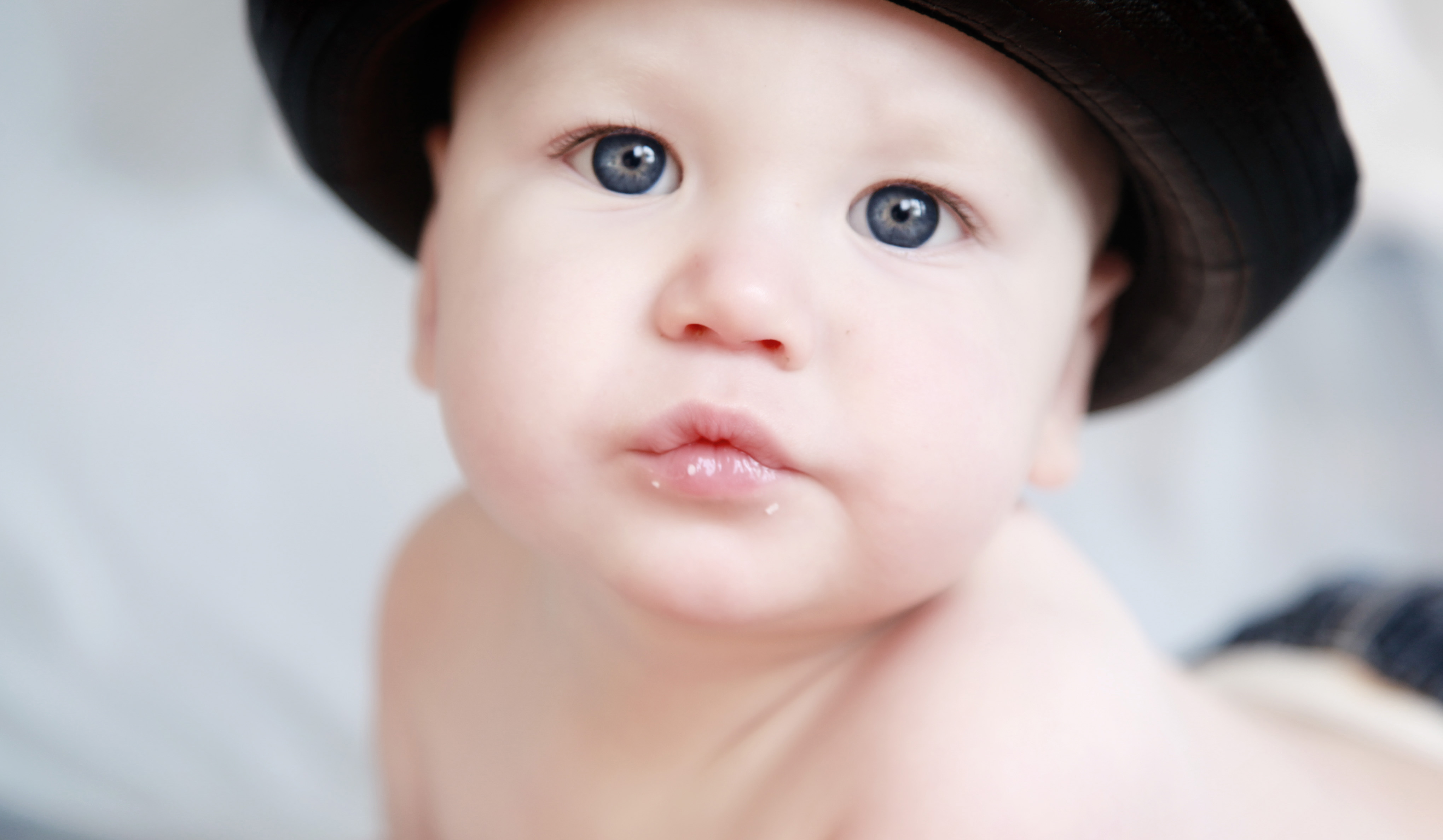 Last week we lost a beloved family member. Someone who was so close to my husbands heart that I’ll never truly know. Not much shakes this man around. He is my rock. But this death has. So it got me thinking about the value of our photos. As this is what we, and our boys, have left to remember her by.

A number of years ago I had a difficult job of sitting with a mother who had lost her son from leukaemia. He was taken far to early. No mother wants to bury her child, and now as mother myself it’s something I can’t help but try and push from the back of my head. This lady had thankfully thought ahead, they knew he didn’t have much longer with us, and had a photo shoot done of him. He put on a strong brave face and looked the fullest he had looked in a long time she told me. He knew what the shoot was about. He knew that this was the one thing that he could do for his family, which they could look at every day on the wall and remember him by. His smile was big and his face bright. Underneath he was exhausted and in excruciating pain.

A few months later this mother returned to purchase more photos of her late son. The hardest photo viewing I have ever done to date. How could I, a person who is so willing to help others in times of need with whatever I can, charge this mother for photos of her deceased son? It was just unbearable. I could see the heartbreak on her eyes and we flicked through the photos. Eventually she chose the few that she could afford. After she left, I ordered some other images for her and never told anyone. I made sure I delivered that poor poor mother the only joy she could have felt at such a time of sorrow. The look on her face when she realised that there were extra photos is something I will store in my memory forever.

It’s a bit of a taboo subject, but hey, I’ve dove head first into it already haven’t I? We don’t think about the true value of the snaps that we have around of our family and friends until it is to late sometimes. Sometimes its not death that makes us realise it. Sometimes there are other tragic events that make us think about it. The floods in 2011 and Black Saturday are just a few I can think of off the top of my head.

Being raised in the middle of the bush, in a tin shed, on 152 acres with no boundary fences. In the middle of summer, you really think about it. You know bush fires not to far away and they’re gaining momentum. What would I have grabbed in that time of panic before I ran out the door and we drove away from everything we’d even held dear to us? Documents? Photos? Treasured family heirlooms? There is only so much we could have fit in the car.

So many people complain about having their photos taken. If I had a dollar…

Just the other week I photographed a man who was probably the hardest I’ve had to deal with to date. He didn’t want to have his photo taken at ALL. His photo was being taken for advertising purposes. But if he didn’t like having his photo taken to make money, and lets face it, a lot of society is driven by the penny these days. I don’t imagine he would have to many voluntarily taken family portraits kicking around his house.

I hear time and time again, ‘oh photos are so expensive’. I know this is something holding a lot of people back from having photos taken, even if they aren’t professionally taken.

This is how I first started out taking photos. I was looking through the photos we had at home one day. Back then, we had a big box of photos, you know, in those little paper envelopes that you get back from Kmart. I brushed away the dust and had a look through. Most of it was crap. My dad fancied himself as a bit of a photographer at some stage in his life. So there were some truly fascinating shots, of the hordes of ducks, and geese, and blue heelers we had over the years. I’m joking, it was boring as hell. But there weren’t that many in there of my bother and I growing up. So I dug out the camera and starting taking pictures…mostly equally as fascinating as the ones that my dad had taken. But I filled the spot with photos of us at least, and grew my passion into what I am so lucky to call my job today.

I think we all need to look at photos from a different perspective. They are keepers of time and memories, a painting of light. Don’t wait until it is to late. Gather your families and take lots of photos together. You and your children and their children will treasure them for lifetimes to come. They will be the most valuable items in your household. I can guarantee it.

This post is dedicated to you Joy. Taken from us to early with so many wonderful memories to hold forever. I know you’re dancing on tables wherever it is that you are x

So word on the street is that blogs are the new black…or is it orange I don’t know anymore. You see I’ve had some time off in the last couple of years in the ‘keeping up with it all’ department while I started a family.

I wasn’t sure what to start my first blog post about (geez is that what you guys even call it?) but I figured you out there might like to know who I am and what I am about if you don’t already know any of that.

I am an RMIT graduate who dove straight into the glamour photography industry while still at uni. Back then it was all sparkly and new and I loved every minute of it. I was told in my very first few months that I would hate working in the glamour industry, but what I would learn along the way would be priceless. That right there is the quote I will never forget. It will ring in my ears like one of those phrases your mum went on about when you were younger.

I did. I learnt so much. Things that you don’t even realise that you learn until one day 10 years later you think back and apply it to what you’re doing.

I left that after a good 4-5yrs and started a whole new avenue of photography. Real Estate. And I have come to love this. I have clients right across Melbourne who I shoot for weekly. I launched Logan Photography in 2009 and then started my family in 2012 with the arrival of my eldest son Jack who is now 3. I was married the following year in 2013 to my best friend and partner of 5yrs, and my second son Max arrived late last year. 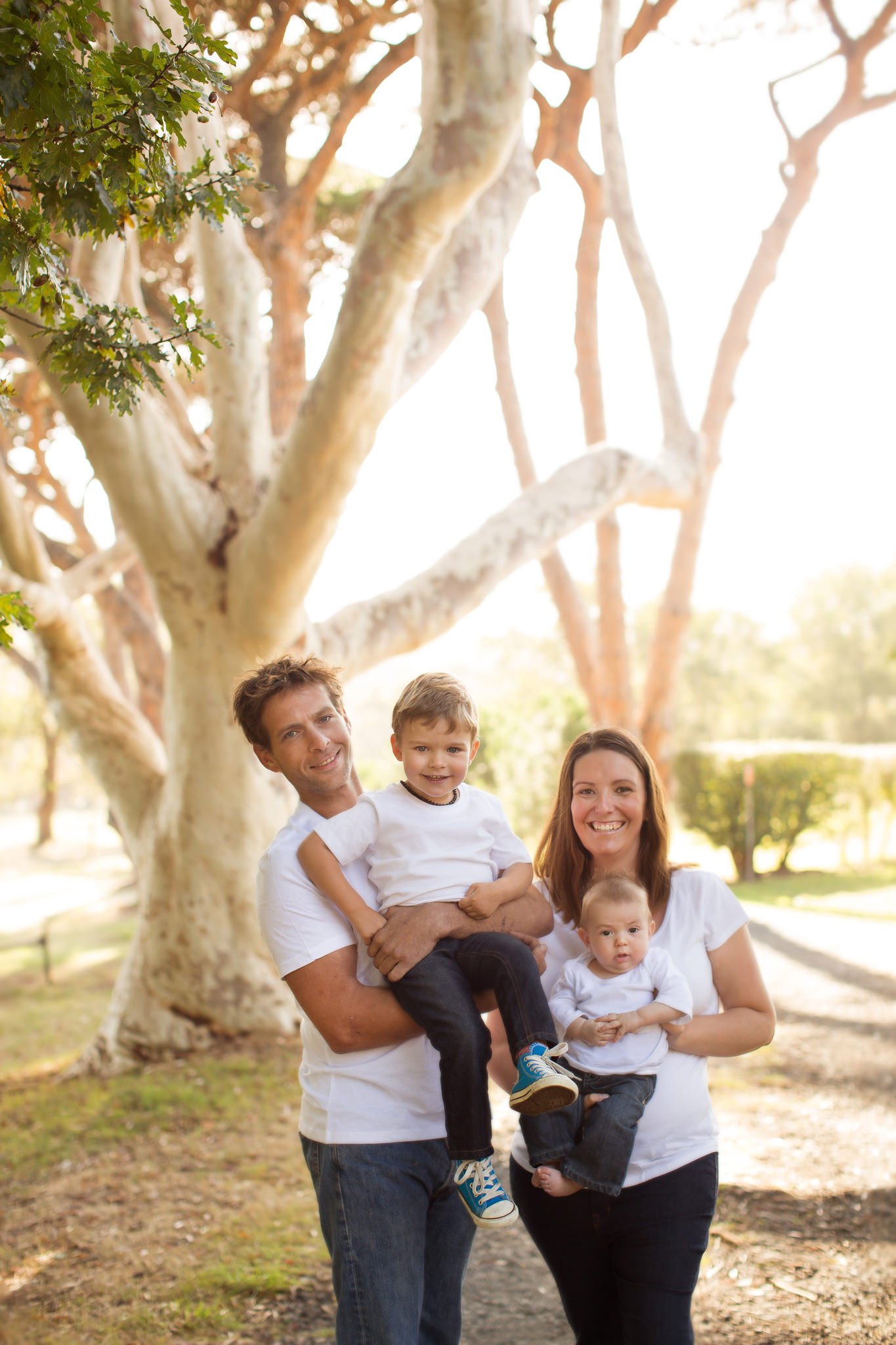 Someone asked me the other day what my ‘game plan’ was. Game plan you say? I need one of those? I guess I never really thought about it. I was all tied up with swelling feet and an aching hip while pregnant with my babies, that I never stopped to think about what I wanted for my business in the future.

I do however know I need to be realistic about it because I have two kids…ok three if you include the eldest one, sometimes known as my husband.

So it got me thinking about it. I don’t want to be a millionaire, I never have. I always said I would rather be in love than rich. But we all want to be comfortable right? I just want to get myself known to a few more of you lovely folk.

I was raised in a coastal country town in far east gippsland called Mallacoota. So I am used to travelling a few km’s to get anywhere. I love photographing families and babies and even the odd wedding here and there. So keep me in mind next time you are thinking about photos. It can be posey, in matching outfits if you like, or it can be captured as I see you in a location you love or is close to your heart in what you woke up in. Up to you.

The prices on my website are what they are. I’m not going to try and up-sell to you later and charge you a fortune.  Ask questions, I like to do that a lot. I’ll do my best to answer them. I am not going to be stalking you by phone three months after you made an enquiry trying to lock you into a date. That’s not what I am about. I can also come to your house and set up a studio in your house if that suits you better. 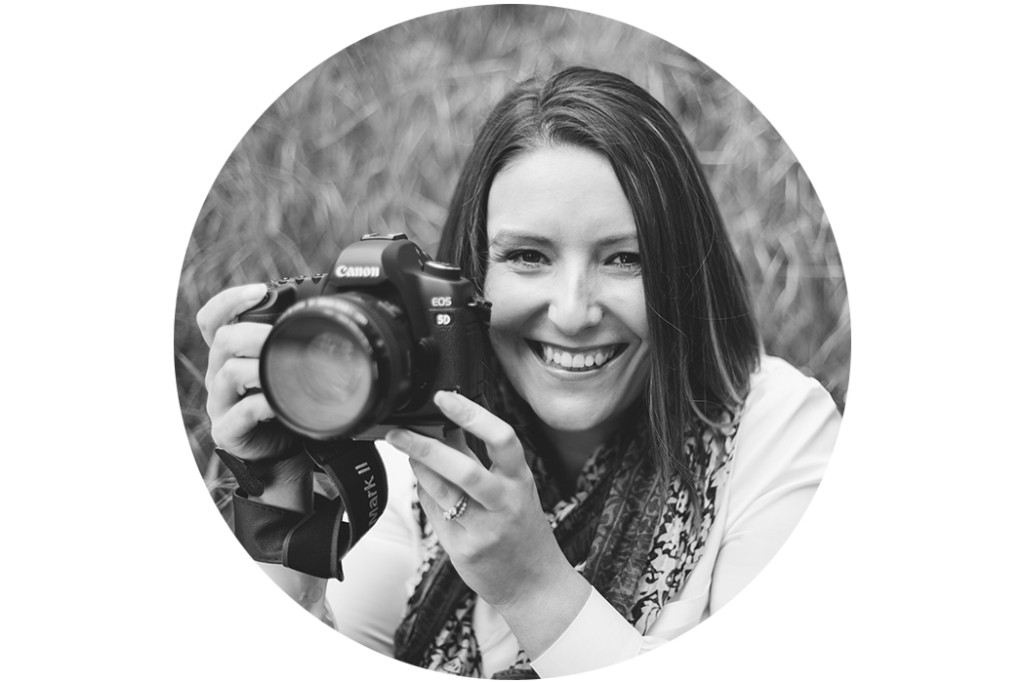 Hi! Incase we meet in the safety of a crowded place and my camera isn't enough of a give away who I am, this is me! I call the shots around here (pun intended)
While you're here feel free to have a look around.